Somerton Surf Life Saving Club patrols the beach at Somerton Park between King Street, Hove (to the south) and the Broadway, Glenelg South (to the north). Our flags are positioned in front of the Club (corner of Repton Road and the Esplanade, Somerton Park) and we encourage swimmers to swim between the flags.

Patrol days are weekends and public holidays from October to April, usually from 12 noon to 5pm.

There will also be a surveillance patrol on Christmas Day.

Patrol hours are from 12 noon until 5pm. Please arrive at least 15 minutes prior to the start of your patrol and be ready in your uniform to report to your Patrol Captain. If you are going to be late or have to leave early, then you must advise your Patrol Captain as soon as possible.

All patrolling members must assist with setting up and packing up the patrol gear.

While on patrol, you must wear the following: 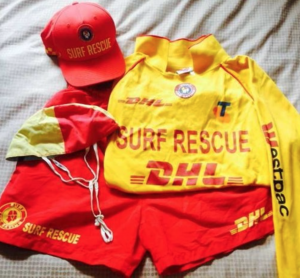 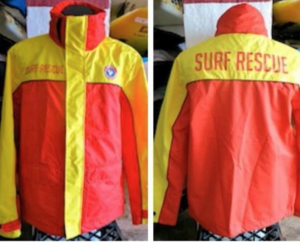 If the weather is inclement, patrolling members may wear warm outer clothing such as a club jacket or surf rescue jacket (you can purchase these at your own cost). You may wear club tracksuits, or red and yellow tracksuits, or a plain colour tracksuit. Jeans or zip up pants must not be worn.

Patrolling members are responsible for checking their patrol roster and making arrangements to be available for patrolling on their designated dates or organising substitutes. The patrol roster is located on the Somerton web site, Facebook page and app, as well as the noticeboard at the Somerton clubrooms and the SLSSA Members’ Portal.

Members who are not allocated to a patrol should email the Club Captain.

If you are not able to make your designated patrols, you must notify your Patrol Captain or Vice Captain of your unavailability and arrange a suitable substitute.

You can do this by:

Please remember to let your Patrol Captain know of the change and who will be replacing you on the patrol, or if you have exhausted all attempts and not been able to find a substitute. Either way, you must communicate this with your Patrol Captain or you will be recorded as a “No Show” and will be subject to the penalties outlined below.

The club has chosen to take a strong and consistent approach to “no shows” to ensure that all members undertake their patrolling duties and support their patrol groups.

Members must read the Patrol By-Laws and understand their obligations.

If you do not turn up to patrol without speaking with your Patrol Captain in advance, you will be recorded as “no show” and will be subject to the penalties outlined below. The Club has chosen to take a strong and consistent approach to “no shows” to ensure that all members undertake their patrolling duties and support their patrol groups.

Penalties for “No Shows”

The main awards (Bronze and SRC) need to be requalified each year by December 31.  Some awards have different requalification periods.  It is each member’s responsibility to check their SLSA Member Portal to see which of their awards need requalifying each year.

It is mandatory that all Patrolling Members have a current Police Clearance and a copy must be provided to the Secretary at your earliest convenience.

If you have any questions about any of the requirements listed above,  please contact the Club Captain.